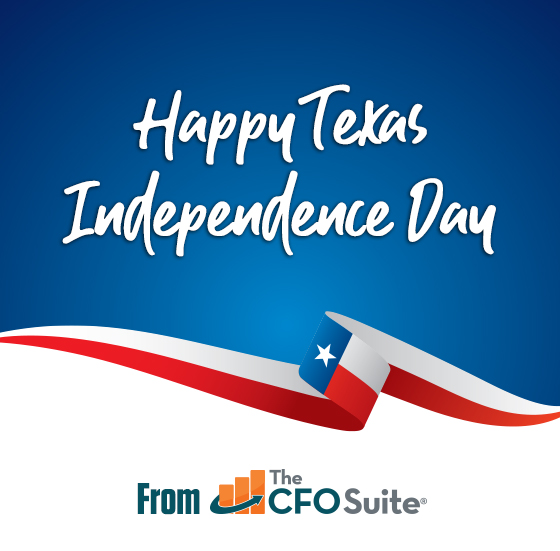 Posted at 15:15h in Celebrations by The CFO Suite

And we couldn’t be more proud to be TEXAN born and raised!

Texas is the only state to enter the United States by treaty instead of territorial annexation.

More land is farmed in Texas than in any other state.

Texas is the largest state and with growing populations and industry, Texas is where WE choose to live, work and raise our families.

We know and love Texas, so if you’re looking to fill that Accounting and Finance interim, consulting or search need, we know the best Texans for the job.