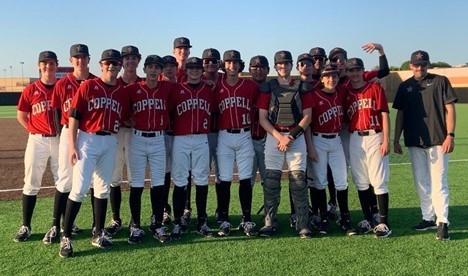 12 Jul Learning Your Role Within a Team!

Posted at 17:58h in Leadership by The CFO Suite

An update on my son, Aidan. He made his High School baseball team!  It’s been Aidan’s dream to play on this team since “blast ball” when he was 3 (he’s now 15).  Upon hearing the news, I was both excited and relieved as I’m sure many parents can relate.

Being on a High School baseball team, or any team in business for that matter, represents an odd bundle of contradictions. Each team member wants the team to win of course, but at the beginning of the journey most are focused primarily on their own goals.  For Aidan that was to play third base and being regarded as the best pitcher on the team!

As you can imagine, team members who have similar strengths may tend to compete (rather than cooperate) for the responsibilities that best suit their natural abilities.  Conversely, if team members have similar weaknesses, then together the team may tend to have that weakness too.  This couldn’t be more true than on a High School baseball team!

High School coaches, or any team leaders, look to work not only on individual skills but also how team members work or play together.  They look to teach the team how they can help each other to not only meet individual goals but those of their team, too.  Often, this can be done by re-examining individual goals and helping team members find their own place on the team.

I have tried to teach my son that being a good team player and finding your place on a team is hugely important in all aspects of life. Working well as a team is crucial to success, whether for his baseball team, at school, or any place in his future. Without good teamwork skills, group projects will crumble, and sports teams will never win.  And everyone always has a role to play!

For those who have played or even watched a High School baseball game, you know that there is one role that everyone can play, and it’s important!  It’s the “encouragement” from the bench.  Instead of sitting on the bench moping as you watch your teammates on the field, a team player looks to contribute in any way possible. He is flexible and willing to do whatever the team needs him to do.  In this case, it includes providing “encouragement” from the bench!  BTW if you don’t know why “encouragement” is in quotes, go to a High School baseball game 😊

By learning and unselfishly playing their team roles while supporting others in theirs, and working cooperatively to produce solid game day plays, Aidan and his teammates went from losing their first seven games, to becoming a team with a winning district record!

As for Aidan, he found his place on the team as the closer, that’s the pitcher that comes in at the end of game to secure the final few outs to “close out” the game.  It’s someone who can maintain their composure in the final high-pressure innings of the game.  Aidan thrives in this role!